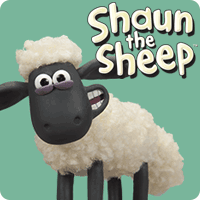 "Life's a treat with Shaun the Sheep!" Shaun is a clever sheep, leader of the flock and lives at Mossy Bottom Farm with his barnyard buddies, Bitzer the sheepdog, the Farmer, Pidsley the cat, the Naughty Pigs, Shirley, cousin Timmy, Nuts, Hazel and the rest of the flock. Explore the woolly world of toys, and merchandise Shaun and friends and their adventures from Mossy Bottom Farm available at Funstra. 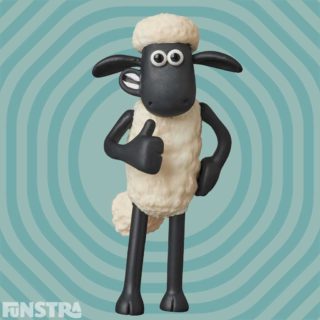 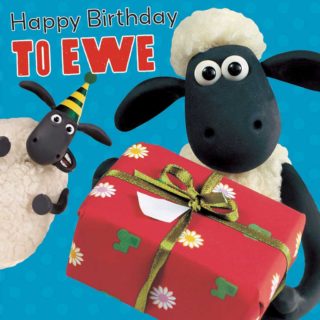 Happy Birthday to Ewe!' Fans of the British stop-motion animated television series and movie can celebrate their birthday with Shaun, Timmy, Shirley, Hazel, Nuts, Bitzer and the Farmer with a Shaun the Sheep theme birthday party and gifts. 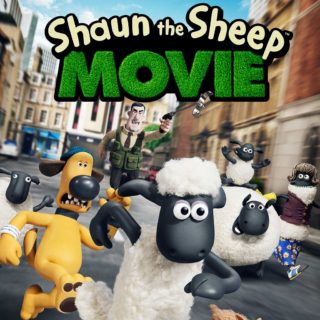 Catch them if ewe can! Buy the film on Blu-Ray or DVD and watch Shaun, Timmy the lamb, Shirley the ewe and the rest of the gang in the Shaun the Sheep Movie, from the creators of Chicken Run and Wallace & Gromit. 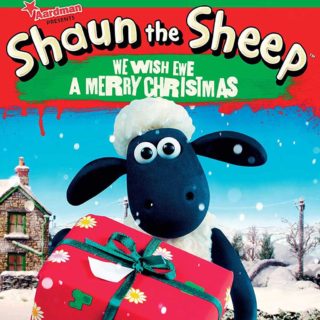 We wish ewe a Merry Christmas from Shaun the Sheep! 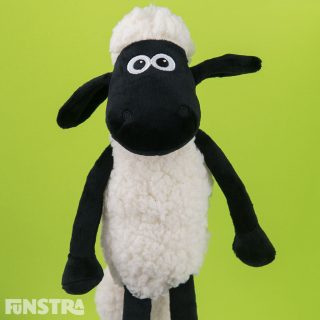 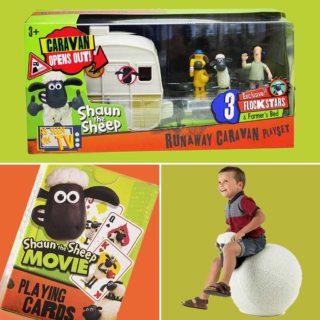 A look back at some classic Shaun the Sheep toys - runaway caravan playset and plastic action figures of Shaun, Bitzer and the Farmer, a hopper ball for bouncing and playing cards for sheepish card games with the flock. 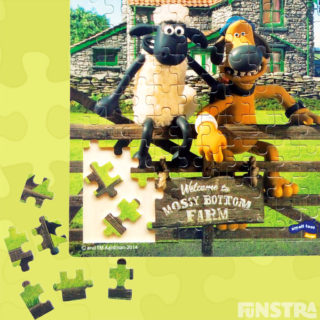 Shaun the Bitzer welcome you to Mossy Bottom Farm on this fun jigsaw puzzle. 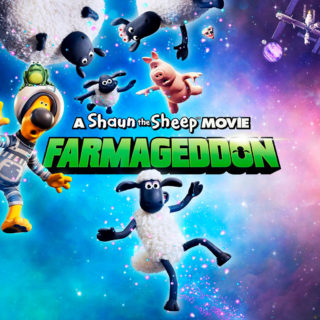 When a cute alien with extraordinary powers named Lu-La crash-lands near Mossy Bottom Farm, Shaun the Sheep quickly makes a new friend in Farmageddon: A Shaun the Sheep Movie. 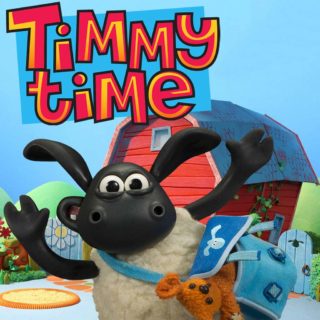 Timmy is a little lamb with a lot to learn as he heads off to nursery school and the star of Timmy Time, a spin-off from the Shaun the Sheep animation. 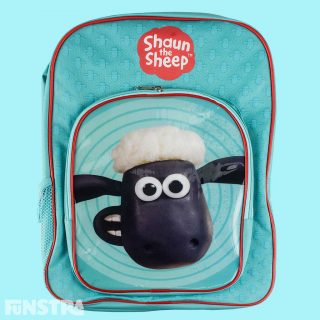 Oh... life’s a treat with Shaun the Sheep, he's Shaun the sheep, he doesn’t miss a trick or ever lose a beat! Take the toys and belongings wherever you go with this Shaun the Sheep backpack, featuring Shaun the Sheep. A soft, cuddly and huggable Shaun the Sheep Plush Backpack will put a smile on the face of any fan of the family favorite character of the barnyard. 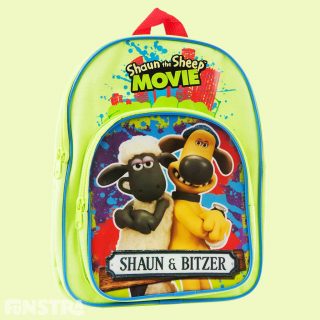 The Shaun the Sheep Movie Backpack showcases Shaun & Bitzer and is perfect for fans of the stop-motion animated television series and movies to carry school books and belongings. 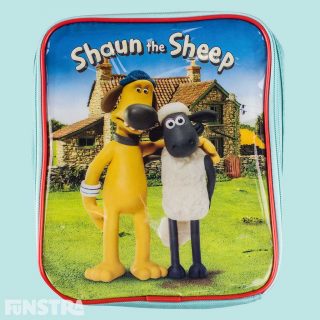 Bitzer and Shaun stand in front of the Mossy Bottom farmhouse on this Shaun the Sheep Insulated Lunch Cooler Bag and Shaun the Sheep Drink Bottle Canteen, for a happy meal that's cool and fresh.
The leader of the flock is the star of the show and we follow his comical adventures and mischief, as leader of the flock, alongside his woolly companions and the other farmyard animals at Mossy Bottom Farm. The popular children's comedy television series is produced by Aardman Animations and is a spin-off series of the Wallace and Gromit franchise with the birth of Shaun the Sheep in 'A Close Shave' and the mischievous little sheep was launched as the star of his own TV series in 2007. Shaun was named as a pun on the word 'shorn' after he was accidentally subjected to Wallace's automated sheep shearing machine.

With 150 episodes, the British stop-motion animated television series has become a global phenomenon and has been accompanied by the original movie named after the wooly four-legged hero, "Shaun the Sheep: The Farmer's Llamas", a spin-off series, "Timmy Time", based on Shaun's cousin and the latest movie "Shaun the Sheep Movie: Farmageddon". Shaun and the flock has since featured on Netflix in the latest series subtitled, "Adventures from Mossy Bottom", featuring a super-fast squirrel named Stash and more new characters.
Meet the Characters

Shaun is the leader of the flock, despite being the skinniest and is good friends with Bitzer. Shaun is a clever sheep and gets into plenty of mischief. Shaun communicates with the flock through bleating and draws diagrams on a blackboard to explain his ideas.

Bitzer is the farmer's loyal sheepdog and tries his best to maintain order and harmony on the farm. Dressed for work wearing a blue knitted cap, a wrist-watch, a black collar and with a clipboard in hand, he enlists the help of Shaun and the flock to help fix any mishaps, instructing them with his whistle and a bark or growl, whenever required.

The Farmer runs the farm with Bitzer the dog by his side and is completely oblivious to the intelligent flock of sheep living on his farm. The Farmer enjoys many hobbies and loves his tractor and gardening and his disastrous attempts at dating are an ongoing joke throughout the series.

Pidsley is the Farmer's yellow cat, and is always demanding his attention and jealous of Bitzer the dog. Pidsley dislikes the flock and thinks the sheep are stupid and beneath him.

Timmy is Shaun's cousin and is the flock's only little lamb. He might be the baby of the flock, but is often the innocent center of chaos. Little Timmy is often seen sucking a dummy and has a spin-off series, "Timmy Time", that chronicles his later adventures in preschool.

Shirley is the largest member of the flock and is often seen enjoying a meal. She is so big that she often gets stuck and needs the other sheep to help her out with a push, pull or even sling-shot her out of trouble.

Timmy's mother is Shaun's aunt and wears curlers in her hair. She is somewhat careless with her maternal duties. On one occasion, she has even used Timmy as a makeshift paint brush. However, whenever her offspring go astray, she is inconsolable until they are safely back in her care.

Nuts is a charming and eccentric member of the flock and stands out from the rest of the flock in that he has two different shaped eyes and an unsual nose. Nuts has an unusual way of looking at the world, which can sometimes confuse his wooly friends.

Hazel is a timid little sheep and her nerves often get the best of her. She jumps at the slightest things and can be frequently heard bleating nervously. Her adventures with the flock allow Hazel to discover that she's much braver than she ever imagined and that it's good to face your fears now and again.

The Naughtly Pigs are bullies to Shaun and the flock and their pen is just across from the sheep field. The pigs are mean and are always trying to antagonize the sheep and get them into trouble, but they are scared of Bitzer the dog, who keeps them in line.

The Beginning of Shaun the Sheep: A Close Shave - Wallace and Gromit

The first appearance of the creative and ingenious sheep we all know and love was in Wallace and Gromit, the British stop-motion comedy franchise created by Nick Park of Aardman Animations, which lead to the world famous spin off series, Shaun the Sheep. The character of Shaun the Sheep debuted as a young lamb who had escaped from a large sheep rustling operation and taken in by Wallace in the 1995 short film of Wallace and Gromit titled, A Close Shave. ... READ MORE 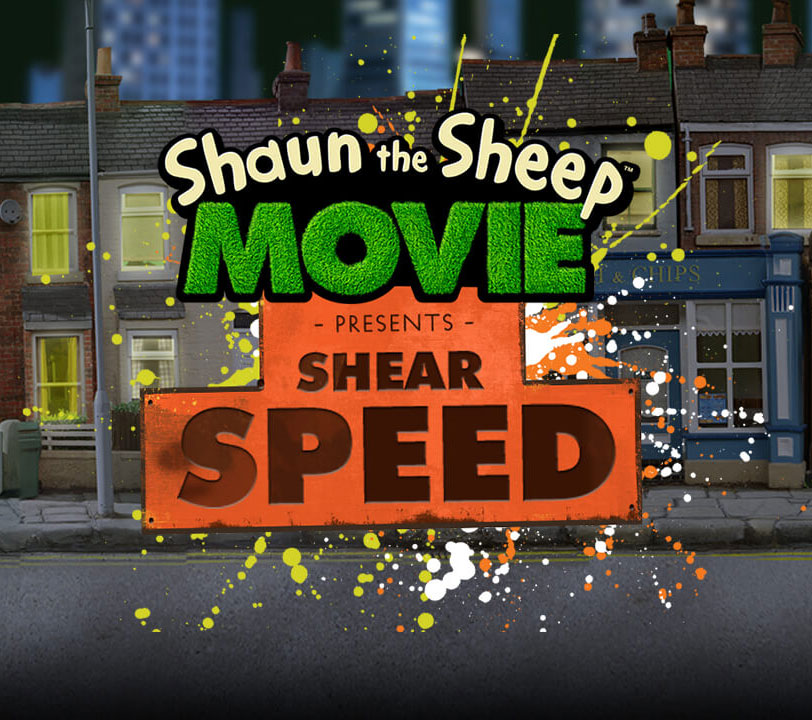 Join the mischievous Shaun the Sheep and the flock on their misadventures at Mossy Bottom Farm with these super fun games that will engage and entertain children. Race through the city in Shear Speed as you lead the flock, dodging hazards along the way, or experience a virtual reality experience with Shaun, Lu-la and the flock with Movie Barn. There’s lots of amusement to be had with these online games starring your favourite sheep, Shaun. Shear Speed An official ... READ MORE 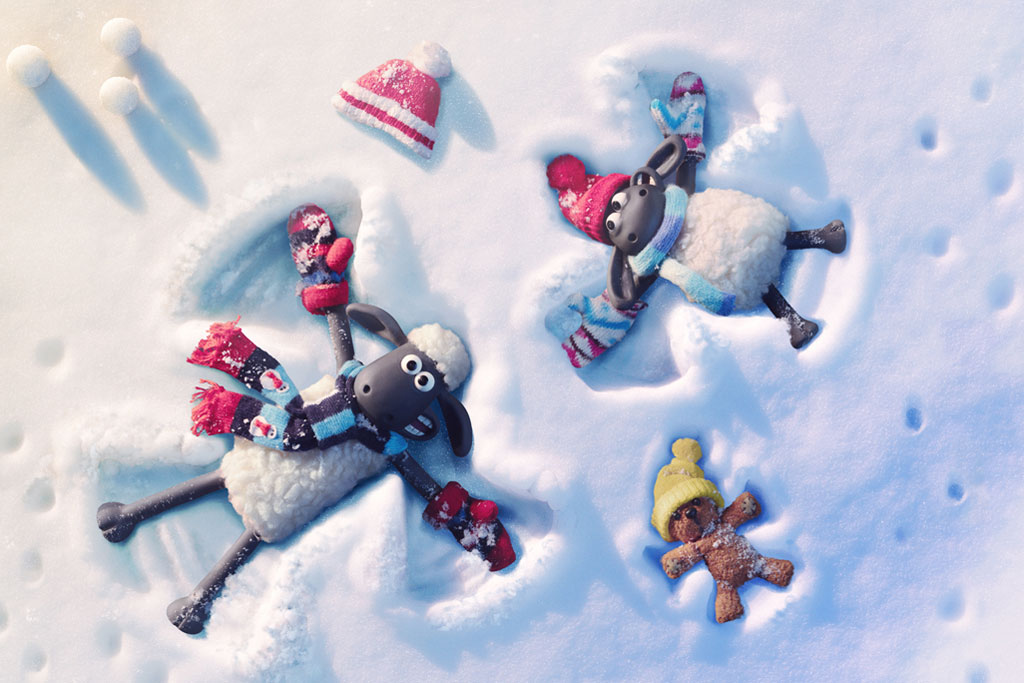 'Shaun The Sheep: The Flight Before Christmas' from Aardman Animation

When Shaun's hunt for a bigger stocking hits a snag, the whole farm sets out on a wild holiday adventure — complete with a sleigh! Shaun the Sheep and his flock of friends at Mossy Bottom Farm are the ultimate holiday gift for fans of the Aardman Animations stop-motion comedy production. The Flight Before Christmas is a 30 minute television special released before Christmas in 2021 on the BBC in the UK and on Netflix. Watch the Trailer ... READ MORE 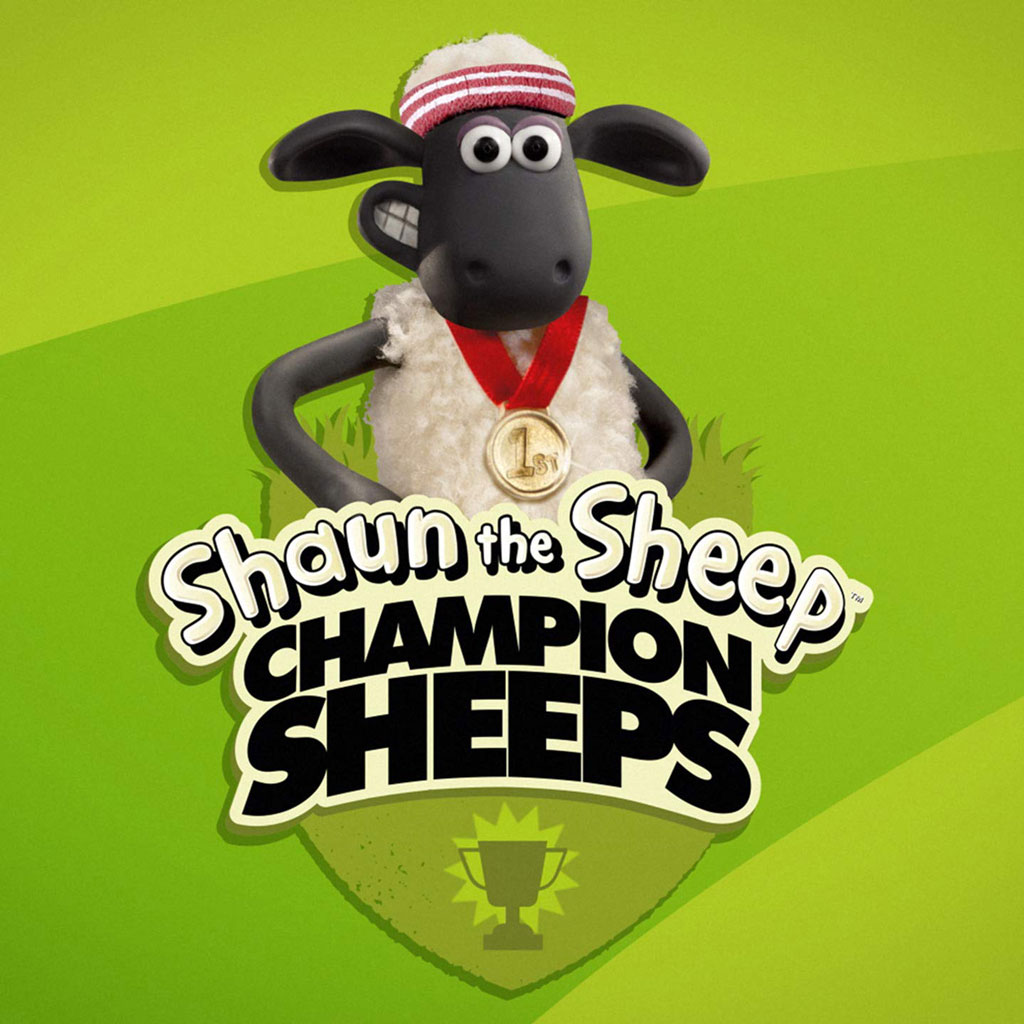 Watch the Shaun The Sheep: Championsheeps Videos on YouTube

The Shaun The Sheep Championsheeps are a sports themed series to coincide with the London 2012 Olympics celebrations. It's sport's day at Mossy Bottom Farm! Shaun and his friends decide to hold their own sporting events, from, beach volleyball to ping pong to BMX and trampoline. Life on the farm becomes a hive of athletic activity as Shaun the Sheep and the flock stage their very own sporting extravaganza. The series consists of twenty episodes, each one minute long and ... READ MORE