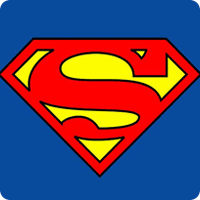 Look, up in the sky! It's a bird! It's a plane! It's Superman! The Man of Steel is from planet Krypton and raised in Smallville with strong moral ideals. The DC Comics superhero has incredible strength, speed, flying abilities and superhuman powers to fight against evil and injustice. Superman and his secret identity Clark Kent, a journalist from the Daily Planet in Metropolis, along with colleagues Lois Lane, Jimmy Olsen, Perry White, super-villain Lex Luthor and more have entertained fans in television shows, comic books and movies. Explore the superhuman world of toys and merchandise of Superman at Funstra.
View as Grid List