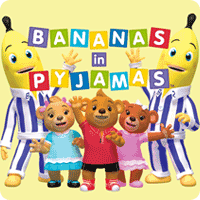 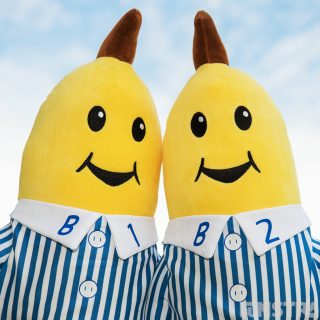 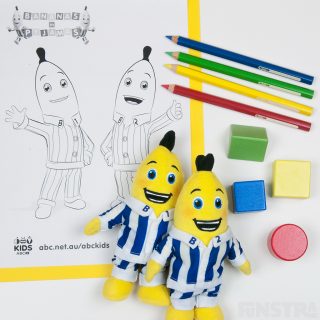 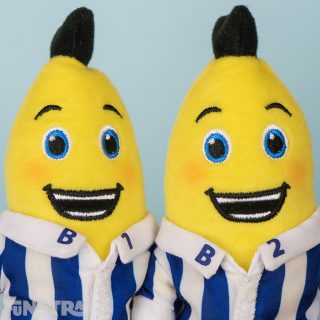 Happy B1 and B2 stuffed toys 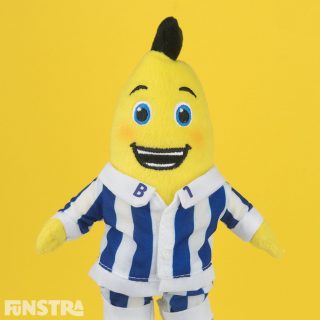 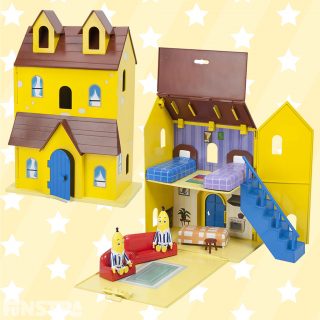 Fun House Playset with B1 and B2 plastic figurines and dollhouse. Walk B1 or B2 action figures down the stairs and the Bananas in Pyjamas theme song tune will magically start to play. 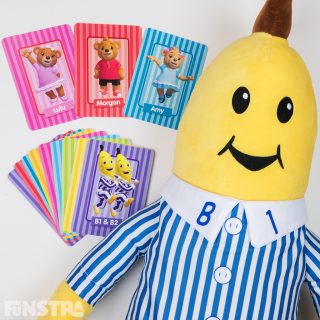 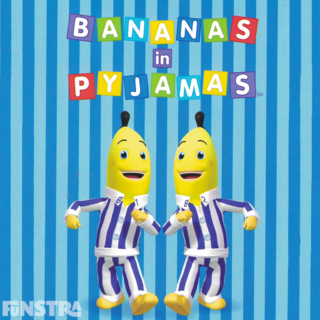 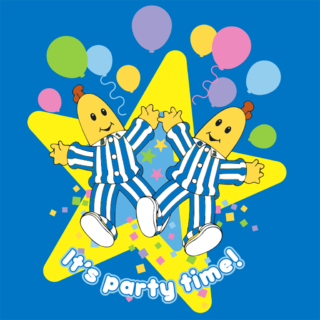 Happy Birthday from the Bananas in Pyjamas! Download your birthday card, party decorations and craft activities from the official ABC for Kids website. 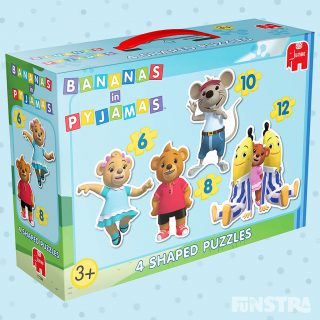 Four shaped jigsaw puzzles of B1, B2, Rat in a Hat and the teddies, Ammy, Morgan and Lulu are a fun game for little bananas fans. A Bananas in Pyjamas puzzle can help cognitive development and improve problem solving skills.

More on Bananas in Pyjamas 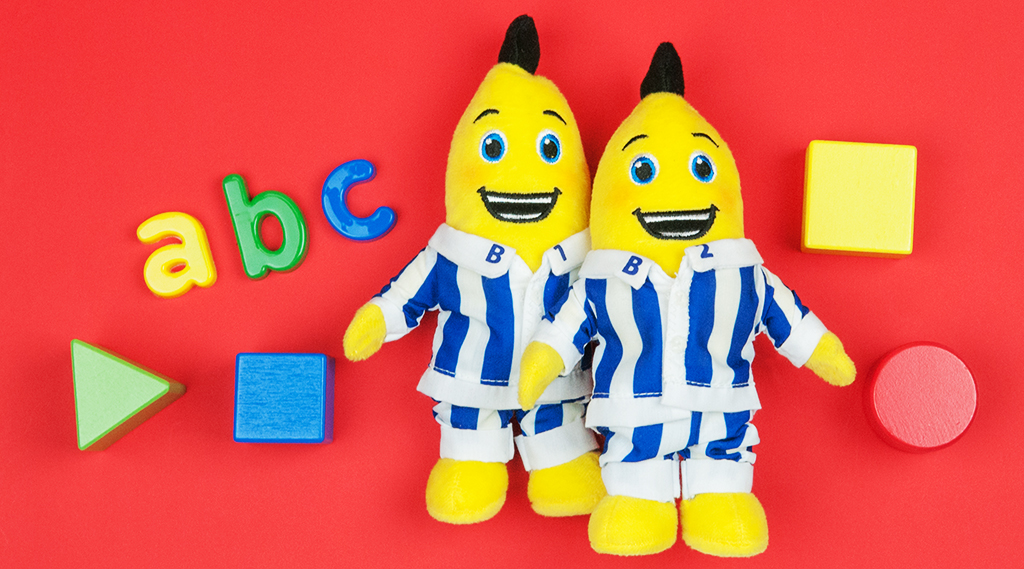 Learning with Bananas in Pyjamas Toys

Identical twins, B1 and B2, first hit screens in 1992. The pair have entertained children with their adventures in Cuddlestown with the teddies, Amy, Lulu and Morgan and Rat in the Hat. The duo have since been syndicated across the globe in different languages, transformed into a live show and reimagined as an animation. The Bananas in Pyjamas isn't an 'educational' show like some children's series that teach children letters, numbers and colors. The animated pair's show is more about having fun and learning through the adventures and problems that B1 and B2 encounter through creative storytelling in each episode. ... READ MORE 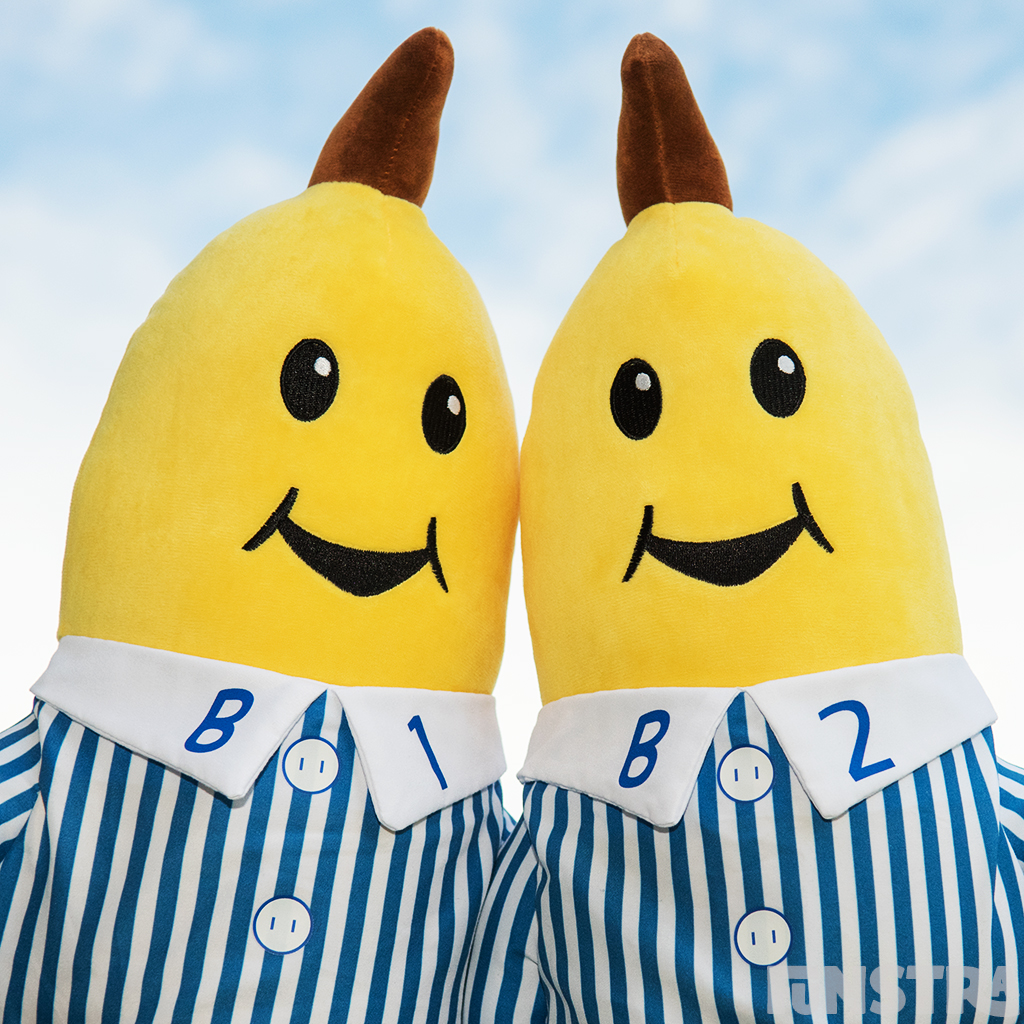 Enjoy fun photos and images of B1 and B2 toys and the teddies, Morgan, Lulu, and Amy in our Bananas photo gallery, as they embark on adventures together, as they explore the world and we celebrate in pictures this iconic brand that has entertained pre-school children for over twenty-five years. Over 25 Years of Bananas B1 and B2 are best the of friends and have been inseparable since 1992, when the pair debuted on the ABC children's television series, Bananas in Pyjamas. Wearing blue-and-white striped pyjamas, the bananas have ... READ MORE 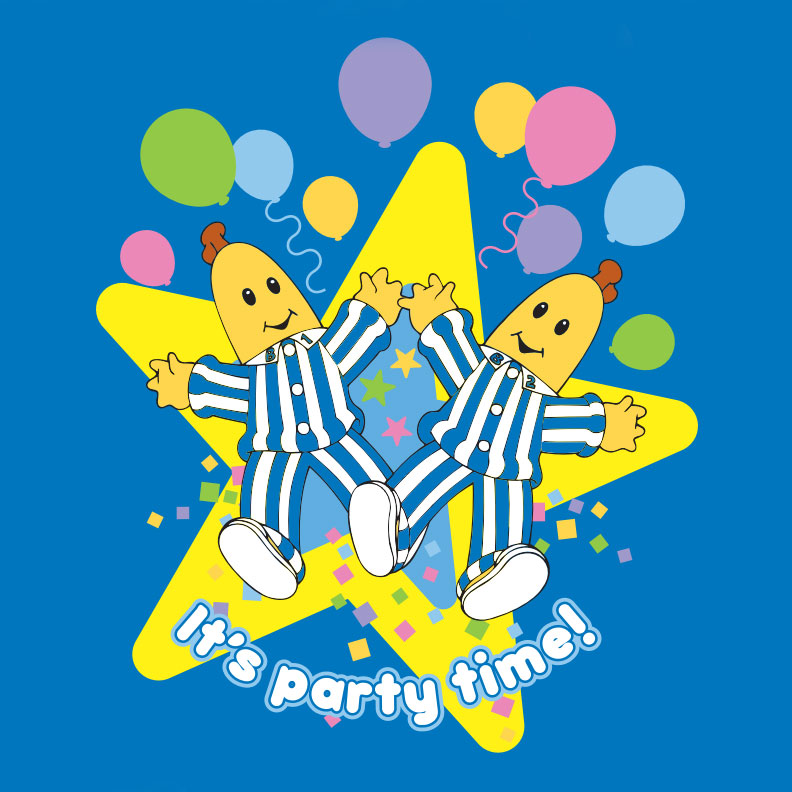 Celebrate your little ones birthday with a Bananas in Pyjamas themed birthday party, complete with an fun B1 and B2 birthday cake, party invitations, balloons, decorations, party food, party games and toys for party favours and prizes.  A Bananas in Pyjamas themed birthday party for little ones that love the jamaram duo is a unique option to plan to celebrate their special day. Rock Paper Sugar Events created a ... READ MORE 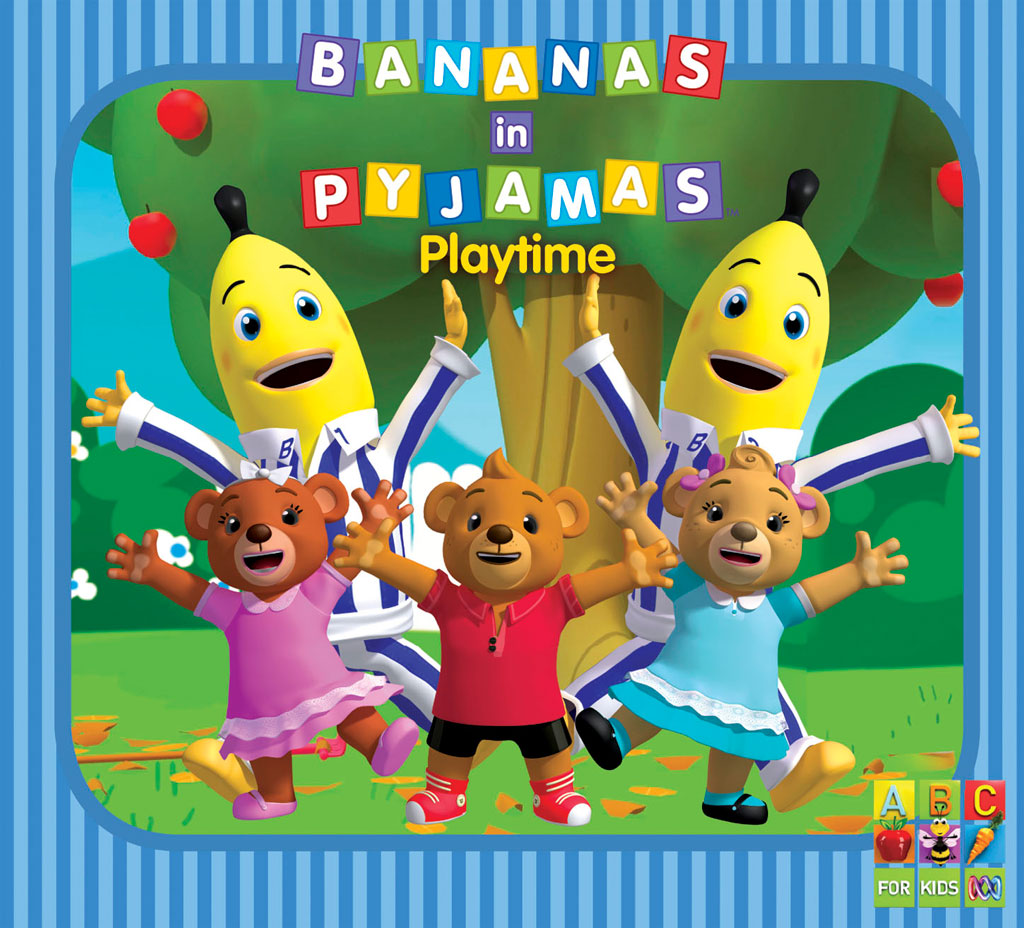 Sing and dance along with B1, B2, the teddy bears, Amy, Lulu and Morgan and the Rat in a Hat as you listen to the best of the Bananas in Pyjamas CD albums, featuring songs and music from the Australian children's television series on the ABC that has entertained and educated kids since 1992. Playtime Bananas in ... READ MORE