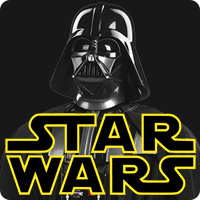 A long time ago in a galaxy far, far away, the epic saga began in 1997 when George Lucas created the science fiction space opera. Some of it's most memorable heroes and villians were Darth Vader, Princess Leia, Han Solo, R2-D2, Luke Sykywalker, Obi-Wan Kenobi, Chewbacca, C-3PO, Yoda, Kylo Ren, Stormtroopers and Darth Maul that have entertained fans in the books, television series, video games and movies - Episode IV – A New Hope, The Empire Strikes Back, Return of the Jedi, The Force Awakens, The Clone Wars and Rogue One: A Star Wars Story. Explore the intergalactic universe of toys, bedding and merchandise from a galaxy far, far away at Funstra. May the force be with you!
View as Grid List