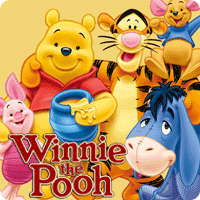 Pooh Bear is the most famous teddy bear and the timeless stories of Pooh and his friends have captured the imaginations of young and old since 1924. We have shared the many adventures of the remarkable Pooh Bear, Tigger, Rabbit, Eeyore, Piglet, Owl, Kanga, Roo and Christopher Robin from the Hundred Acre Wood in A. A. Milne's children's story books, and Disney's television shows and movies, with 'The Tigger Movie', 'Piglet's Big Movie' and 'Pooh's Heffalump Movie'. Explore the enchanting world of plush toys, dolls, soft toys and stuffed animals from the Hundred Acre Wood. 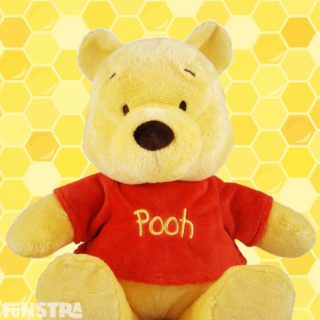 A day without a friend is like a pot without a single drop of honey left inside.' Cuddle Pooh bear plushy. But the most wonderful thing about tiggers is. I'm the only one.' Tiggers are cuddly fellas. Cuddle Tigger stuffed animal. Sometimes the smallest things take the most room in your heart.' Cuddle Piglet soft plush toy. 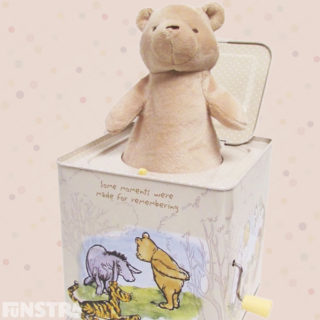 'Some moments were made for remembering.' A classic Winnie the Pooh jack-in-the-box toy featuring Pooh bear, Eeyore and Tigger. 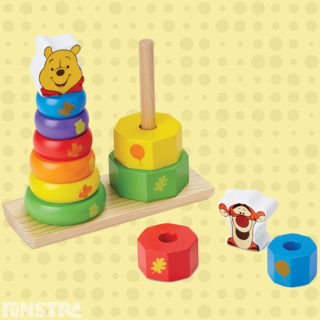 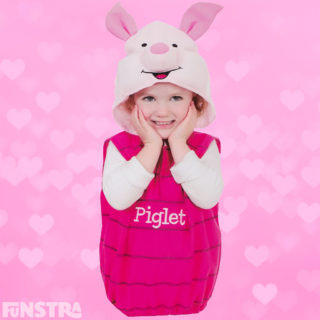 Dress up as Piglet and join Pooh, Tigger and Eeyore on their adventures in the Hundred Acre Wood. Sweet costume for children, complete with striped jumper and cute pink ears attached to the headpiece. A play tent with a bright and colorful design of Tigger, Pooh, Piglet and Eeyore makes a fabulous playhouse or hideaway for playing games and creative play. Winnie the Pooh, Tigger, Eeyore and Piglet hand puppets will not only entertain children, but stimulate the imagination and encourage creativity, develop communication skills, motor skills and boost confidence. 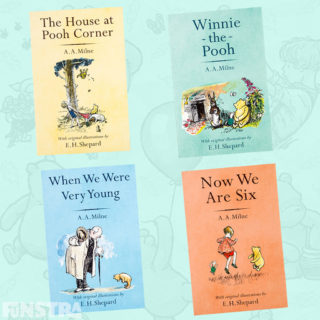 Winnie the Pooh, The House at Pooh Corner, When We Were Very Young and Now We Are Six are classic story books written by A. A. Milne filled with stories and poetry that children can read and fall in love with the adventures of Pooh and friends in the Hundred Acre Wood. Give the gift of Winnie the Pooh this Christmas and have a very merry pooh year with Tigger, Eeyore, Piglet, Rabbit and Pooh bear. Winnie the Pooh, Rabbit, Kanga, Owl, Roo and Christopher Robin wish happy birthday to you! Surprise your little one and give the gift of Disney's Winnie the Pooh. 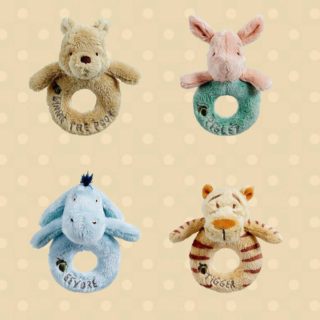 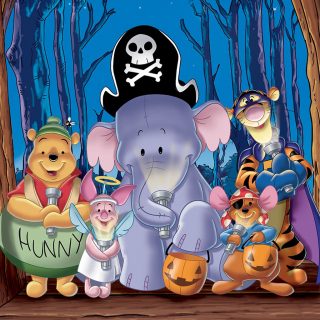 Winnie the Pooh is a honey loving teddy bear originally created by English author, A. A. Milne, and illustrator, E. H. Shepard in 1926 with the release of the book Winnie-the-Pooh followed by The House at Pooh Corner in 1928. A. A. Milne named Winnie-the-Pooh after a teddy bear owned by his son, Christopher Robin Milne, whom also features in the stories as Christopher Robin.

Disney also produced television series based on the stuffed with fluff bear with Welcome to Pooh Corner in 1983, The New Adventures of Winnie the Pooh in 1988, The Book of Pooh in 2001 and My Friends Tigger & Pooh in 2007.

Disney's Winnie the Pooh is short, stuffed with fluff, with a round belly that hangs out under his red shirt and is covered in yellow fur. Pooh bear lives in the Hundred Acre Wood, an imaginative world of anthropomorphic stuffed animals - Piglet, Eeyore, Kanga, Roo, Tigger, Owl and Rabbit. Pooh is a bear of very little brain, but a bear a bear of very big heart.